Organization for Bat Conservation | Kids Out and About St. Louis 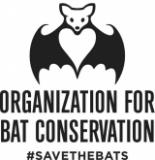 Address:
39221 Woodward Ave. PO Box 801
Bloomfield Hills , MI , 48303
Phone: 248-645-3232
42° 34' 54.948" N, 83° 14' 37.6764" W
See map: Google Maps
https://batconservation.org
agreco@batconservation.org
Contact name:
Organization for Bat Conservation
Business/organization type:
Educator
Festival/Fair committee
Nature Center / Zoo
Nonprofit organization
Outdoor Fun
Park/Outdoor Recreation area
What our organization offers:
Classroom Visits/Presentations
Memberships
Tours
Volunteer Opportunities for the whole family
Subjects / Categories:
Science
Nature/Outdoors
Seasons in which we offer activities (select "All seasons" for all):
All seasons
Ages for which our activities are most appropriate:
All Ages
Our mission has always been to educate people about bats and inspire them to become actively involved in conservation. We were founded in 1992 in Michigan with a small team offering live bat programs to schools, nature centers and museums. Founder Rob Mies remains Executive Director of the organization and has been featured on national television shows, has spoken at leading conferences and has written many books on the subject. We began operating the Bat Zone at Cranbrook Institute of Science in 2002. In September 2014 we launched the national ‘Save the Bats’ campaign to mobilize millions of Americans to become even more involved in bat conservation.
Click For More Information