Great Mistakes: What NOT to do when bringing kids to an Orlando theme park | Kids Out and About St. Louis

Great Mistakes: What NOT to do when bringing kids to an Orlando theme park 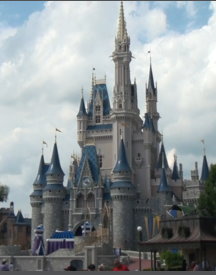 If you are planning to take your kids to one of Orlando, Florida's many theme parks, here are some things NOT to do:

1) Don't chintz on sunscreen. I thought to myself that instead of buying a traditional bottle of sunscreen when I got down there, I could spend half the money for solid sunscreen that would easily go through security on the way home: You know, the one that looks like Chapstick. But this lasted the three people in our party precisely two-and-a-third days, leaving me with the choice of buying sunscreen at the Magic Kingdom for a hillion jillion dollars or going without. I'll leave it to your imagination which I chose.

2) Don't forget to practice a very important word before you leave home: NO. Do it with me now: No-no-no-no-no-no-no-no-no. Lather, rinse, repeat. Because rest assured your kids will present you with a thousand opportunities every day to separate you from your money.

3) Don't think that 94 degrees in Florida is different from 94 degrees in upstate New York. It’s exactly the same. It's NOT a dry heat. You will wilt down there just as you wilt up here at that temperature. And in that vein...

4) Forget about trying to make your makeup and hair perfect. It doesn’t matter what you look like. No one is looking at you. You’re the one behind the camera, anyway.

5) Don't forget to wear shorts. You may feel a little shy about your 40-year-old knees, but forget this. See #4.

6) Don’t try to do more than one park in one day. Even Islands of Adventure (where the Harry Potter Park is) and Universal Studios, which are walkable and therefore tempting. It is just. too. much. You and the kids will feel rushed and unhappy.

7) Don’t feed your kids a lot of unfamiliar food. When kids eat unfamiliar food, things don’t FLOW right, if you know what I mean. And there’s nothing worse than trying to drag a kid through the heat to must-see attractions if mostly what they see is the inside of the bathrooms.

8) Don't kid yourself into thinking you don't need a rental car, unless you are staying on a theme park property that has a free shuttle to the airport, and you'll be exclusively visiting that theme park. When we went to Boggy Creek Airboats for a boat ride through the Everglades to find alligators one night, we found a couple who had taken a cab out from Disney... about 20 miles into the booneys. They were unable to persuade the cab to stay while they did the ride. If we hadn't given them a lift back to their hotel, they would have been up a boggy creek.

9) Don't skip the Harry Potter park at Universal Studios Islands of Adventure. It is magical.

10) If you are flying home in the morning, don’t stay far away from the airport the night before. The Super 8 near the airport is perfectly serviceable though not elegant, and only $60. You will be up at an ungodly hour after having caroused the night away because you didn't want to waste your vacation time.

11) Do not assume that you have to buy food and drinks in the parks. You can bring it in! This is much more economical and almost certainly more healthful.

12) Do not ignore your child when she says she’s had it for the day. Do you want to be the one responsible for her adult memories of Disney being confined to how she threw up from heat exhaustion in AdventureLand? No, you do not.

13) Do not assume that kids have the same stamina as adults. They do not. I know it sometimes LOOKS like they have endless energy, especially when they are up at 6am sitting on your stomach screaming "Mickey!" but take it at their pace, not yours. It will end up being slower than you'd like.

14) Don’t leave a theme park in the early evening and expect to be anywhere important (e.g., a show or dinner theater) within the next hour and a half.

15) If you buy one of those big Universal cups for $9.00 which we did (unlimited Coke products at several locations in either Islands of Adventure or Universal Studios, also unlimited ice water), do not leave it in the Simpson's ride.

Do you have some ideas about mistakes not to make when you visit an Orlando theme park? Email Debra Ross at ross@kidsoutandabout.com.