Places to Go Out And About (Safely) in and around St. Louis this Winter | Kids Out and About St. Louis

Places to Go Out And About (Safely) in and around St. Louis this Winter

Your family could really use a fun outing, but you're committed to social distancing. You've already walked your neighborhood, and many of your usual destinations are too crowded for comfort. Luckily, there are new and interesting places to explore while staying a safe distance from others. If you can, switch your schedule and do your outings on weekdays to avoid weekend crowds. KidsOutAndAbout offers a few suggestions you may not have considered, and all of them nearby.

The Climatron is like a tropical rain forest! You'll enter and immediately experience the tropics: dense green foliage, a small native hut, sparkling waterfalls, rocky cliffs, a river aquarium with exotic fish, and a bridge from which you can take in the view. More than 2,800 plants live here. They include banana, cacao, coffee, many wild-collected plants, orchids, and exotic, rare plants such as the double coconut, which produces the largest seed in the plant kingdom. The lush, green tropical rainforest environment ranges from 64°F at night to a high of 85°F (29° C) during the day!

The Linnean House was originally designed to be an orangery, a house to overwinter citrus trees, palms and tree ferns. The northern half of the greenhouse showcases dozens of camellia trees, 3 varieties originally planted in the 1930s and 2 which date to the 1940s. The Garden’s collection also includes rare and endangered camellias. The camellia blossoms are very showy from late December through early April, with the peak of bloom arriving from mid to late February.  Large olive trees trees provide the Linnean House with its signature scent from fall through spring. Sweetly scented pink jasmine vines (Jasminum polyanthemum) bloom in March and April. The narrower southern half of the conservatory has been restored to its original use as an orangery.

The Shoenberg Temperate House roughly doubles the exhibit capacity of its predecessor. It emphasizes displays of warm temperate-zone species requiring special protection from St. Louis winters. The largest portion of the house features species from five widely separated regions of the world known for their “Mediterranean” climate, chiefly characterized by warm, dry summers and cool, moist winters: coastal California, the central coast of Chile, the Mediterranean Sea basin, the Cape region of South Africa, and southern and southwestern Australia. Another portion of the Temperate House features plants found in the southeastern United States and the warm, temperate areas of Japan, China and Korea. 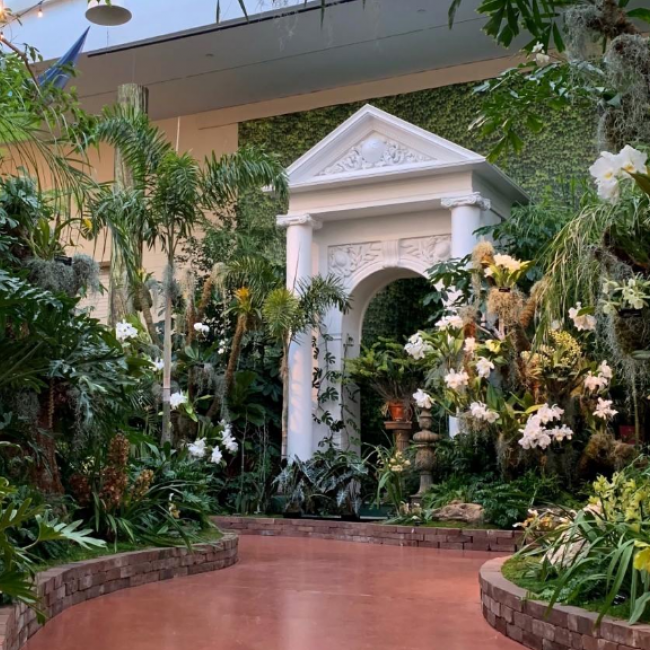 Our cold winters are a gift for all who love being able to ice skate outside. But sometimes there's too much snow or it's really just tooooo cold and skating inside is what the kids want. We've got plenty of options in St. Louis to make everybody happy. No skates, no problem! Many places provide rentals for even the smallest skaters. Just visit their website or call ahead for specific information. If your plans are for an outside skate session just make sure you check their facebook page or call the weather hotline (if they offer one) so that you know if there's been a weather-related closure. 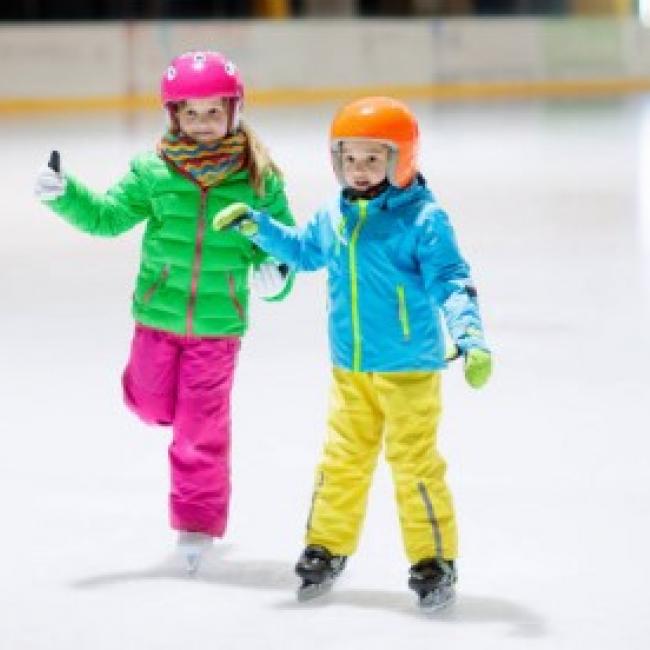 Fauna and flora in our corner of the world

While you're staying away from crowds of people, now's a great time for some animal encounters and the peace we find in the natural world. Your local zoos and nature centers offer just what we all need right now: space. Many have created brand-new programs designed to accommodate safety procedures while still giving visitors the opportunity to interact with meaningful parts of our world with room to breathe. 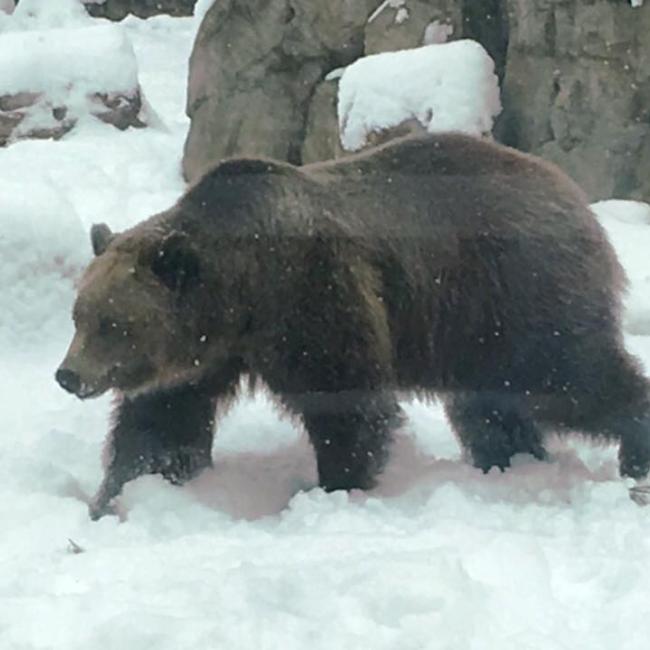 Thinking of taking your kids on a hike nearby? If you dress appropriately, you can take a hike year-round. It's great exercise, it lets you connect with nature and each other, and best of all, it's free. Put away the phones (except for cool activities like geocaching, looking up new plants, or making a photo collage or map) and head out to the trail! Click the link below for nearby options, and also check out our article of tips and tricks for making the most of the experience and avoiding whining.

Nearby Hikes
Tips for Hiking with Kids 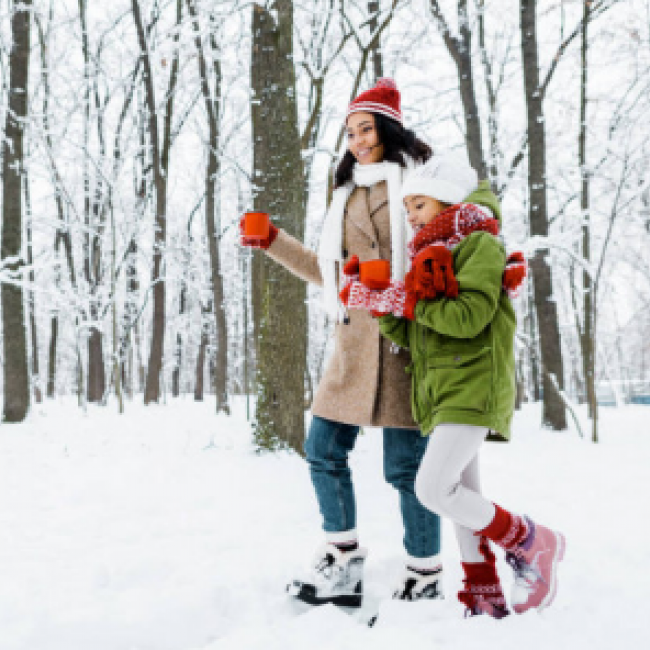 Go On A Hunt

Kids love a good hunt! There is something very motivating and satisfying about seaching for something, whether it's treasure or not. One fun way to lean into that impulse is to go geocaching. Did you know that little treasures are hidden all over the place? If you've never tried geocaching, it's a wonderful opportunity for kids to get some activity outside while using using their deductive skills. There are also tons of companies that offer virtual scavenger hunts, either for items that you can find just about anywhere, or region-specific hunts that provide a tour of a special place. Both activities offer the chance to safely explore while keeping a distance from others. 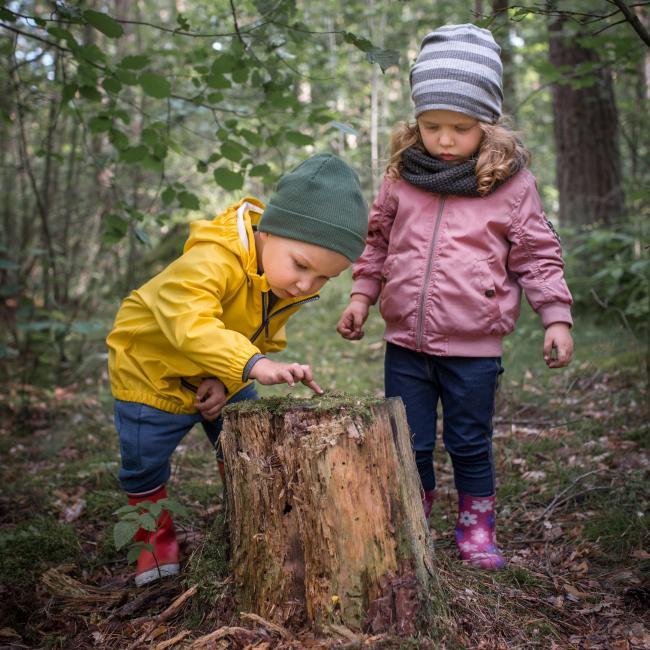 When Staying At Home Is Your Only Option

We know that things are changing quickly, and whether it's new local regulations or your own family's need to isolate, even the safest "out and about" options may not be appropriate for you at some point this winter. If that's the case, keep in mind that we've got plenty of ideas to keep life interesting while you're at home.

Expect A Surprise: 100+ Ways To Keep Your Kids Smiling During COVID
Fun With Ice and Snow 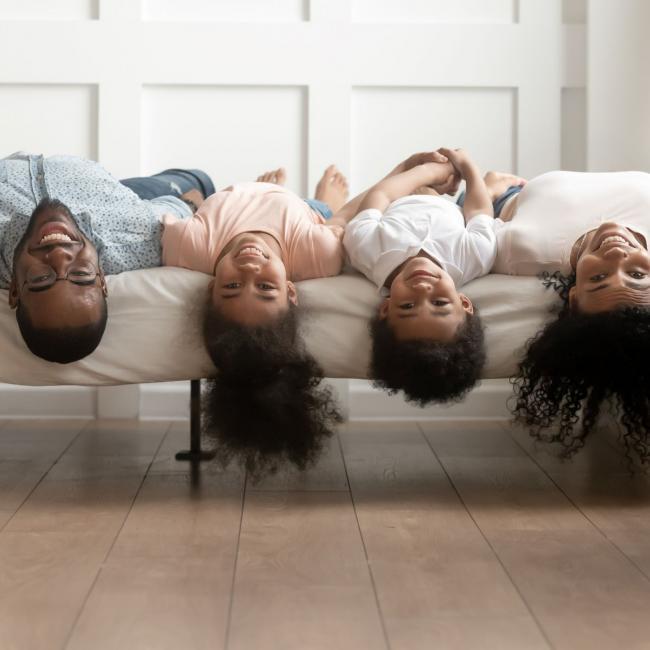