I was fortunate to get a sneak preview of the Lost Egypt: Ancient Secrets, Modern Science exhibit at the Saint Louis Science Center. What a great experience! This is not just a “traveling museum” – it is an interactive, hands-on experience to keep both kids and their parents interested throughout the exhibit. 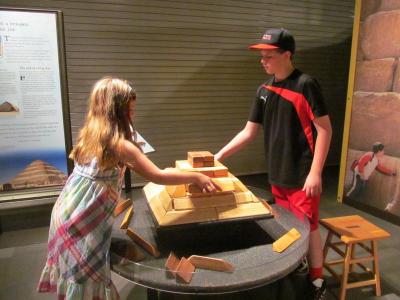 Visitors begin their adventure by first walking down an Egyptian street-scene, immediately getting the feeling of being transported to another place.  A large floor-map of modern-day Egypt shows the size and topography of the country as well as highlights current archeological dig sites.  Once inside, the real fun begins! 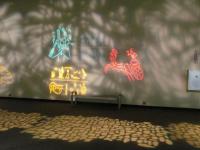 Highlights of the exhibit include:

Overall, Lost Egypt: Ancient Secrets, Modern Science is an amazing experience! We learned the various reasons that animals might have been mummified, gained insights as to how scientists are now able to “reconstruct” a mummy through imaging technology, and were exposed to what the various amulets that are found on mummies meant and how the Priests selected the amulets to send the dead into the afterlife. 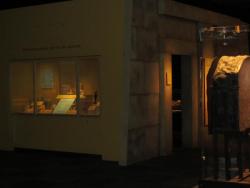 This exhibit is geared toward upper-elementary and middle school kids and adults, but all children will gain something from the experience.

An hour and a half passed by in the blink of an eye as the wonders of Ancient Egypt came alive through this interactive experience!

Lost Egypt: Ancient Secrets, Modern Science is open from May 25-September 2, 2013. While admission to the Science Center is free, entrance to the special exhibit requires a ticket: $12/adult, and $10/child (members are discounted).