Opera Theatre of St. Louis | Kids Out and About St. Louis 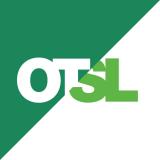 Opera Theatre, is proud to be among the leading American opera companies, and we are grateful to you – our audience and all our contributors – for fostering this special experience.
Click For More Information
Opera Theatre of Saint Louis is one of the leading American opera companies, known for a spring festival of inventive new productions, sung in English, featuring the finest American singers and accompanied by members of the St. Louis Symphony.

Described by The Sunday Times of London as “one of the few American companies worth the transatlantic fare,” Opera Theatre of Saint Louis annually welcomes visitors from nearly every state and close to a dozen foreign countries. Although the size of the theater limits box office income to 26% of the budget, the company has consistently produced work of the highest quality while never accumulating a deficit.